There are two distinct sorts of behavior that males exhibit towards women that are frequently discussed. The man who behaves as though he doesn't care is on the one side, while the man who cares excessively is on the other. 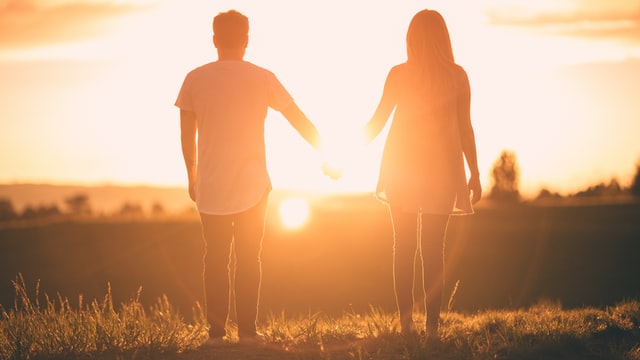 A guy can then be on one end of the spectrum or the other, depending on the situation. He could be referred to as a "bad boy" if he doesn't feel the need to win the approval of women, but a "good man" if he does.

It would be simple to assume that "good guys" have more dating success, but this is rarely the case. A "bad boy" is less likely to treat women with respect, but he is more likely to acquire what he wants.


This is a person who can typically meet his demands, including his sexual wants. Generally speaking, he may not be very concerned with the problems that many of the women he attracts (and is drawn to) have.

After all, he may only be interested in keeping a lady around for a limited period of time; it's not like he will have everything together. He may go on to the next one after getting what he wanted or to another lady he currently has going.


It would be simple to assume that this man is taking advantage of women based on how he treats them. However, it is not that simple since the ladies he ends up with often have their own problems.

It would be more realistic to say that these women are allowing relationships with people who are not suited for them to develop. Even yet, it could be difficult for a woman to understand how this is the case.


She would next need to examine her own processes and determine why she is drawn to a particular kind of male. She can only think back on what happened in her formative years.

She could discover that by doing this, the way she feels around males is similar to how she felt when she was younger. She could have experienced abuse and/or neglect at this time from her caregiver(s).


A "good man" is someone who is likely to have a very difficult time satisfying his sexual urges. In fact, he'll likely find it challenging to satisfy the majority of his wants in terms of women.

However, this does not imply that he would behave differently in his interactions with other guys or people in general. It will therefore be difficult for him to feel empowered and fulfilled since his drive to please will have consumed his entire existence.


He may not care if he has known a lady for a short while or for a long time since he will be concentrating on one thing. There is a possibility that he will be adept at discerning her requirements.

He might just ask her what she wants even if he doesn't, since it won't stop him in any case. He may come off as a selfless person based on his actions, in which case it may be assumed that he lacks needs.


He may discover that women frequently view him as little more than a buddy if he continues to act in this manner. It is unusual for him to make a woman feel attracted, thus it is expected that they will react in this way.

He will probably wind up with a lady who will abuse him if he pursues it further. He has a very little chance of earning her regard; instead, she could view him as someone she can manipulate.


When a guy leads his life in this manner, it may be evident that he is putting other people's needs ahead of his own in the hopes of meeting those needs secondarily. This may occasionally succeed, but these instances are more likely to be the exception than the rule.

On a deeper level, he could worry that expressing his desires in a clear way will make him the object of rejection. Then, to prevent this from happening, he tries to appease others while still trying to meet his demands subtly.


One way to look at this is to suggest that he needs to accept the fact that rejection is a part of life. Another way would be to look at why his life is being ruled by this dread.

He could discover that he feels absolutely useless if he were to examine what lies underneath this anxiety. Being rejected will not only make him believe that he is imperfect and will be abandoned by others, but it will also overwhelm him with poisonous guilt.


What this can suggest is that he was mistreated and/or neglected when he was younger, and this is why he is holding so much grief. He would have felt pain from this, and it would have led him to form certain opinions.


It can be a good idea for a man to seek out outside help if he can identify with this and wants to make changes in his life. Therapists or healers may be able to offer this service.