A phenomenon that can be confused with kindness and affection, but is harmful to the relationship.

That's why it's good to know how to manage this phenomenon wherever it occurs; after all, our well-being is at stake. 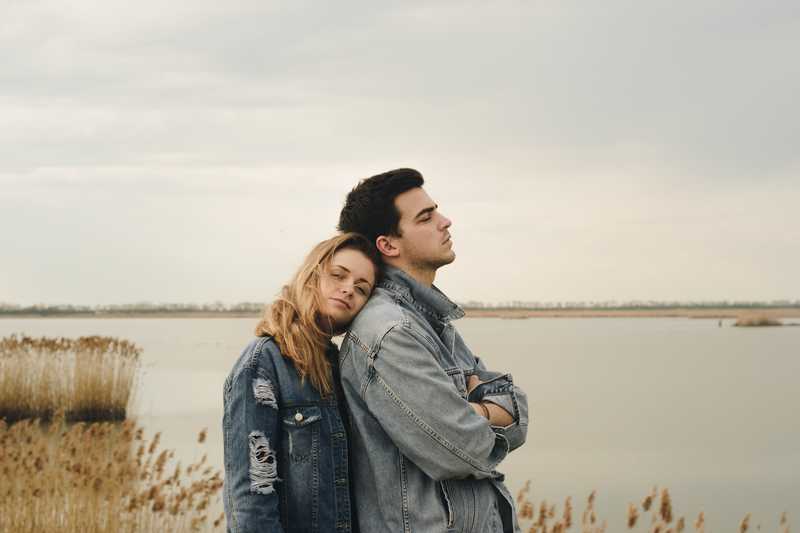 A dependent person is one who, because of dysfunctional personality characteristics, depends on another person to make him or her happy, and uses that person to fill the void in his or her life. He is unable to turn back even though his situation is conflictive and has no future. Emotional dependence occurs in one partner, but the other does not have to be dependent. Dependent individuals manipulate their partner to benefit from their low autonomy, lack of empowerment and low self-esteem.

However, emotional codependency occurs when one partner is "addicted" to his or her partner's dependency and therefore to the need to help and care for his or her well-being.

Codependency is not an altruistic behavior


The codependent person is a kind of quieter controller and manipulator, who spends all his time trying to get what he thinks his partner needs. In this attempt to protect the other, he ceases to be himself.

His intention may seem altruistic, but in reality it is not. Codependent relationships are not healthy relationships and have a negative effect on the happiness of the person who is codependent and the partner, but they also affect his work, his health and even other interpersonal relationships.

Symptoms of this type of dependency in the couple


Emotional codependency is a relational style that needs to be corrected, and it is a way of thinking in which the person has the belief that he or she must sacrifice his or her well-being for others, regardless of the consequences.

Codependent people present a series of characteristics or signs that must be detected for the good progress of the relationship. They are the following:

1. Feel responsible for the couple's feelings


Co-dependent people spend all their energy to meet their partner's needs and are constantly making sacrifices in their relationship. Although it is not wrong to make some acts of love for your partner and help them when they are having a hard time, there must always be a balance.

2. They let themselves be carried away by the emotional rather than the rational part


In reality, codependent people do not have the capacity to solve their lover's problems, but they let themselves be carried away more by the emotional than by the rational part. They have a deficit in their interpersonal relationships, for example, in terms of assertiveness; and in spite of sacrificing their well-being for the other, they do not achieve their purpose because they are not mentally strong people.


Because their behavior is not altruistic, co-dependent people often feel used and unappreciated for everything they do for their partner. The codependent will use a great deal of energy to take charge of another's life, all under the guise of altruism and wanting to help in a sincere way. When help or advice is ignored or not appreciated, the codependent feels angry and mistreated.

Thus, it is common to resort to emotional blackmail, as a desperate attempt to keep the bonds that hold the relationship together. Unfortunately, this strategy not only causes discomfort in the other person; it also achieves the opposite effect to that intended, since it is clear that it is a form of manipulation, often even when one agrees to do what the other person wants and it seems that in the short term this strategy has had an effect.

4. They have unclear limits


These types of individuals take everything personally, since the limits of emotional codependency are unclear. Boundaries are a kind of imaginary line between partners, where each knows how far to go to avoid hurting the other.

This makes sense, for example, for intimate relationships or belonging, but also for feelings, thoughts and needs. In this sense, they have unclear boundaries. On the one hand they give everything for their partner, but on the other hand they blame them and throw everything in their face at the slightest change.


Co-dependent people use manipulation or blame to control the behavior of others. These tactics may be unconscious, but in the end the emptiness and need to feel useful makes you a controlling person, constantly seeking to offer help even when the other person does not need it. Therefore he does not actually offer real help, but seeks to satisfy his own needs through this seemingly altruistic behaviour.


Co-dependent individuals spend too much time thinking about other people and how they will be. This is all caused by their dependence, their anxiety and their fears. They may also become obsessed when they think they have made or might have made a mistake, because they value themselves negatively and do not tolerate frustration.

Thus, one of the central elements of these people's state of mind is anticipatory anxiety.

7. They have low self-esteem


Being assessed negatively is frequent in this type of individuals. One of the main causes of this phenomenon is that they have low self-esteem. They are people who are not only codependent but also dependent on the situation and fear rejection, as they do not feel comfortable with themselves.


They are also people who do not usually have highly developed social skills and therefore channel much of their energy into a single individual. Helping others is positive, but in this context of social skills deficit, providing help becomes a great dependency that aims to feel valued and appreciated.


These are people who tend to deny reality, especially when faced with problems of the couple and the relationship. Although they are very concerned about helping their lover and pay a lot of attention to him or her, they have a poor problem-solving capacity.

10. They get caught up in a toxic relationship


Due to low self-esteem, these individuals are often trapped in an unsatisfactory and toxic relationship, even though they are aware that it does not benefit them. Codependent people spend too much time trying to change their partner, because in reality they are the ones who have a problem to change.

RELATED: 5 Tips for Getting Out of a Toxic Relationship

11. They are not emotionally intelligent

They do not know themselves, nor do they regulate their emotions or have good communication skills. In short, they are not emotionally intelligent.

RELATED: How To Know if You are codependent On Your Partner