There are various types of women's behavior and actions that make men realize that they are leaving them unloving. 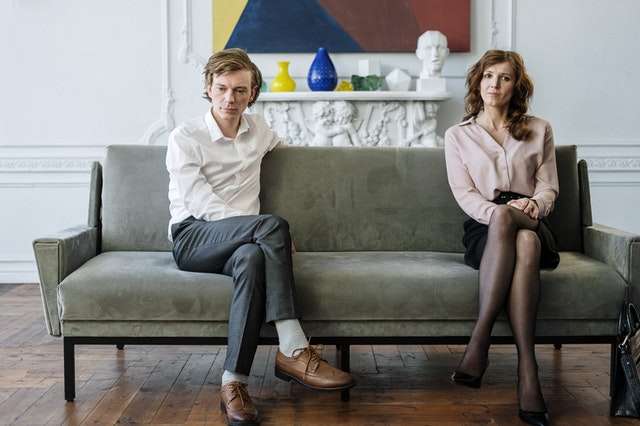 Well they say that there is no worse blind person than the one who does not want to see, that is why moments come in the relationship in which love ended but a person does not accept it until they have to give an account in one way or another. For this to happen in the case of men, it is necessary to identify some signs to know that a woman left or is ceasing to love.

When love ends many times the first signs are very subtle, but it is from this point in the relationship that men must realize to know that a woman has stopped loving them and decide if they can give one last effort or withdraw. in time so they don't get hurt too bad.

Men must identify certain behaviors in women when they have already stopped loving them. They will know what decision to make whether to stay or fight to save your relationship.

It is very evident when in a relationship someone starts to run out of love but manifests it with certain attitudes, words, or even different behaviors with the partner. In this case, men should know when a woman has already left them or is no longer loving them. It is better for them to know in time.

When women begin to take attitudes in which they do not want to do anything with their partner, they are reluctant and at the same time apathetic to be together with men and do partner activities or live together, it is the clearest signal to know that this woman she is ceasing to love men.

It is no longer about discussions that were just misunderstandings and a solution was quickly found, but now these discussions are stronger and at the same time become more aggressive on their part to the point of insulting more power even if there is no reason. This is perhaps the saddest reason why a man realizes that a woman is leaving him unloving.

The constant threats that a woman can make to a man by feigning that she will leave him for someone else, but she does not, is another of the signs by which a man must realize that that woman stopped loving him. And not precisely because those threats can be taken as a game, but rather that women come to say it seriously as blackmail so that men take another attitude.
Next Post Previous Post
couples,relationship